Are you prepared for Wrath of the Lich King? WoW Insider has you covered!
GameDaily
Add to: My AOL, MyYahoo, Google, Bloglines 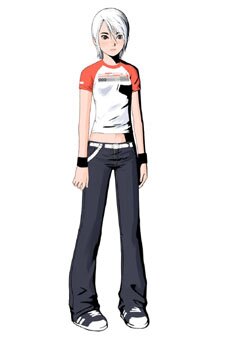 And no, that headline is not meant to suggest that playing Nintendo games somehow makes you more attractive to the prettier sex. No, it actually refers to the fact that if you're playing Nintendo games, there's a reasonably good chance that you're female. The journey of self-discovery begins now!

The Siliconera crew reports that, according to Club Nintendo membership information, the Touch Generation series in Japan has managed to grab a significantly large female audience. The games that were considered were Adult Brain Training (women are smart!), Nintendogs (women are responsible!), another puzzle-based title, Yawaraka Atamu Juku (women solve problems!) and Woman, Make Me a Damn Sandwich (women can laugh at stupid jokes!). Approximately half of the gamers that bought Nintendogs were girls, with the same holding true for Yawarka Atamu Juku. About a third of those who bought Adult Brain Training were women.

It looks like Nintendo is becoming quite adept at tapping into that mysterious and ethereal female market, an achievement that had previously been reserved for games like The Sims. What's the secret? Adorable puppies? Intuitive interfaces? Really good games?

That pink DS really helped me get into the DS... :D But aside from that, I think Animal Crossing... The cuteness overloads me.

My girlfriend is currently addicted to Animal Crossing. In fact today she said "Aww, yeah, I'll call you sometime after 4:30". What's going on after 4:30 I ask. "I have a visitor in Animal Crossing that wants to come over, I met him while planting flowers, his name is Elmer".

I love Woman, Make Me a Damn Sandwhich. If you're a guy and you go on the Wi-Fi service chicks just start making sandwiches for ya... naked.

Anyway, Seeing as how you women are smart and all, it would make sense for you to buy a DS, rather than wait through loading times and watch $30 movies on a one-inch screen.

the secret is really good games, of course! i think what attracts more females is the wide variety of games. quite obviously, ds has more than just shooting games, sports games, and driving games.

I'm a girl, and I brought the DS because it had good games. (No! Impossible! It can't be!)

Then again, I'm addicted to Nintendo games, so my opinion is subjective.