Slim Down for Summer with That's Fit
GameDaily
Add to: My AOL, MyYahoo, Google, Bloglines

Picross DS is very much a puzzle game, despite its attempt to lure you in to its grids with a slow, comforting pace of gameplay. It can instill those emotions of tension as the clock ticks away or those almost-insurmountable mental hurdles we stumble upon so frequently in the genre arise, however. So, in a lot of ways, Picross DS is a genre-breaking title, taking things here and there, patching them together into a brand new game. A fun game.

Need to figure out your brain's weight, but not prepared to saw your skull open to pull out its spongy mass just yet? Amazon has come up with a cheap way for you to calculate its heftiness, saving you a few bucks and several quarts of blood.

For just $12.99, you can purchase a copy of Nintendo's Big Brain Academy from the online shop. The Touch Generations title has a robust Test mode that determines the weight of your brain, as well as Practice and Multiplayer options. This deal ends today, so don't sit around thinking about it for too long!

We didn't think the awesome Picross DS would ever find its way out of Japan. But Nintendo surprised us, as they tend to do now and then, by announcing that the puzzler will get a European release on May 11th.

They're branding this as part of the Touch Generations series, and mention that it will include 300 puzzles, and features like a "Daily Picross" mode, puzzle creation (with Wi-Fi sharing),and unlockable minigames. For the Americans out there who feel left out-- don't worry! Even if Nintendo doesn't release Picross DS, this European version will have English text, so it's still good news for you, if you don't mind importing!

Take a peek at Picross

The Japanese Touch Generations site has been updated with all sorts of new Picross content, including several videos that not only showcase the game, but show off a little tag team multiplayer action. Oh, we don't mean with multiple DS units running the game ... rather, having more than one person working on the same puzzle. Dual brains for your dual screens? Sure can make puzzlin' a little easier.

It's hardly news that the DS appeals to many people who aren't exactly traditional gamers. Expanding the market is part of Nintendo's entire strategy for the handheld. That doesn't make it any less (delightfully) surprising when you get to see a new adopter in action. Every day, people who've never really gamed before pick up a DS, which isn't as immediately appealing as its new cousin, and yet something pull them in. We're betting it's all the incredibly awesome games, but that's beside the point. We want to hear your stories, stories of friends or family members now hooked on the DS despite little or no love for gaming in general.

The amount of greatness Nintendo's Touch Generations line of games has touched in the US can only be conveyed through numbers. Around 3.5 million numbers, to be exact.

Yes, you read that correctly, Nintendo's Touch Generations brand, which is shared by numerous titles such as Brain Age: Train Your Brain in Minutes a Day!, Magnetica and True Swing Golf, has sold close to 3.5 million copies in the US. Clearly, Nintendo's philosophy of making games "meant for anyone to pick up and play, regardless of their prior gaming experience" is working out for them.

According to a BBC report, Nintendo's hugely popular Brain Training titles are invading Japanese classrooms in an effort to help the older population get their minds in motion and running swiftly from encroaching dementia. How effective Dr. Kawashima's unnervingly polite floating head is at preventing or combating the condition (of which hallucination is a symptom) still hasn't been conclusively established, but for some people, keeping their minds active is enough.

After demonstrating how to turn on the Nintendo DS and how to insert a game cartridge, the teacher has his elderly students engage in several different activities, not all of which are limited to Brain Training's repertoire of challenges. A golf game is used to train hand-eye coordination which, thanks to the DS' intuitive control scheme, seems to be quite easy to grasp. "It's not difficult to learn how to play them," says Atsuo Umetsu, one of the teachers. "After all I learnt, so everyone can do it."  Though one of the students admits that she joined the class in order to better compete with her gamer sons, most are joining in the hopes of doing everything they can to avoid mental problems in a society where a large percentage of the population is older.

Dr. Takao Suzuki, an expert when it comes to elderly affairs, points out that "nobody wants to get dementia so even if there is a very small possibility that it might work, most elderly people will want to do something in order to prevent dementia." And it's not just Nintendo that's reaching out to an older generation -- Namco has set up a day-care center allowing older people to bash drums and clobber cartoon crocodiles to their heart's content. Is this the key to defeating dementia? We don't know, but it sure sounds like fun, doesn't it? 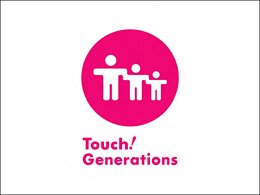 If Nintendo's desires are realized, it won't be too long before the image of Grandpa hunching furiously over his DS Lite and murderously screaming "Blue" joins that of the bespectacled nerd in the ranks of uninformed gamer stereotypes. In an effort to reach out to those who would normally shy away from electronic devices and their confusing beeps and boops, several forthcoming and readily available DS games have recently been shoved under the Touch Generations banner. The range highlights Nintendo's popular "non-games", titles that are meant to be approachable by any person, regardless of their previous gaming experience.

In North America, games like Nintendogs, Brain Age and Sudoku Gridmaster seem to gravitate towards the label quite naturally, but it seems that the selection differs significantly from that of other regions. Anthropomorphic neighbour sim, Animal Crossing: Wild World, slots right in with Electroplankton in Europe, but the choices of Phoenix Wright: Ace Attorney and Trauma Center: Under the Knife seem to fit in less comfortably. The latter two titles are far more traditional, with linear stories, clear conditions for success and failure and, in the case of Trauma Center especially, a more pronounced difficulty level that requires intricate stylus strokes--lest your patient's internal organs become reduced to a bloody mush (technical term). In other words, all the stuff that the mythical casual gamer doesn't want.

The Japanese selection is almost the exact opposite, filled with English trainers, dictionaries and travel guidebooks. If you looked up "game" in one of those dictionaries, you'd likely find a description far removed from most of these titles. It raises an interesting question, then: What constitutes a game that, according to Nintendo's mantra, anyone can pick up and play? Is it a game that almost exclusively relies on intuitive touch screen controls? Or is it something with simplistic gameplay mechanics? Perhaps it's not even a game at all. Nintendo's pretty clear about the kind of people they're chasing with the DS and the Wii, but things seem less vivid when it comes to matching specific games with specific audiences. With games being such unique and often personal experiences, it's doubtful that the line between hardcore and casual will ever become especially obvious.

Nintendo of America have announced that as of June, they'll be rebranding many of their DS "non-games" under the Touch Generations label. As the name suggests, this move supports Nintendo's continuing desire to expand the gaming demographic and to reach out to those who are under the impression that gaming's all about shooting space pirates and smashing blocks with your head.

Currently available games to fall under the brand are Brain Age, Nintendogs, Tetris DS and True Swing Golf. These will be followed by Big Brain Academy, Magnetica and Sudoku Gridmaster later in the year. If all goes according to Nintendo's plan, it won't be long before Grandma and Grandpa start swinging canes because someone forgot to feed the little Nintendoggy.